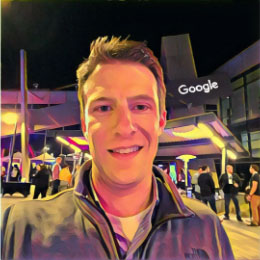 Can you really compare Google and MSN

Andy Beal initiated a post over at marketing pilgrim asking his audience if they thought Google would be the next Microsoft. There are some good responses so far but one gentlemen in particular thought that Google is headed down that same road. I really donâ€™t see the similarity other then the sole fact that they both dominate what they do. To me that isnâ€™t enough however to say Google IS MSN. The strikingly clear difference is that Google does not force you, Google does not inhibit others, Google does not charge $$ for every single feature they come out with. MSN on the other hand since day one has charged ridiculous amounts of money for its software.

IMO they could have very easily packaged Microsoft suite with there operating system, for starters. But no this has never been the case. They would rather charge 200 dollars for it. Google gives away so many free products it’s overwhelming. Google could have monetized them like Microsoft did and have made a lot more $$. The tip of the iceberg here with regards to Micr$oft; a prime example of my point here, when XBOX first came out it was pretty slick. It had a built in DVD player to watch movies with. But in order to watch them you HAD to go out and pay 30 bucks for the damn add-on to make it happen. WTF how hard would it to have been to package this with the system, would Google do something like this? Hell no. Cmon donâ€™t even compare Google to MSN it’s not even close.